*Don’t have time to read this review? It’ll be up on my podcast next week along with the others I’ve done. I often cover more there than you’ll read here, so be sure to tune in even if you decide to read this!*

Synopsis: A movie about some people trapped in a maze of cubes for literally no reason.

Director: I want to trap people who all have the skills necessary to escape in this huge maze of cubes

Random dude: Why though?

Favorite Death: The first one, by far. There were some gems in this movie, but none compare to the first death. The first dude wakes up and hops into a trap cube. A mesh of skin-slicing strings then falls from the ceiling and essentially cubes the body of this dude into tiny pieces, it’s the best use of special effects and done really well . It’s amazing.

Funniest Part: There are a few, but two are particularly notable. The first is when the doctor lady Holloway is dangling from the inexplicably long rope made of clothing. Her friends lose their grip and she drops a few feet down the rope. It’s so incredibly obvious that it’s a stunt double (possibly even a man) wearing a wig. The next is when the group realizes they’ve arrived in their original cube and essentially traveled in a circle. Quentin begins to cry, but he’s so bad at it. He starts to drool, but his eyes stay dry.

What they did right: The movie was fairly suspenseful and not knowing what would await the group in the next cube was thrilling. The cube itself looked really cool, and the scenes and costumes were simple enough that the production value seemed higher than it was.

Special effects and lighting: Lighting was good. They utilized it mostly to differentiate between different cubes. Special effects are very 80’s. A dude’s face melts, another dude is cubed up and we see his guts, and there is blood and stab wounds every once in a while. These are fairly realistic, but the execution is what makes it seem cheesy and weird.

What I thought would happen: I thought Quentin would have been behind the whole thing. He kept dodging questions and making sure they kept moving. At one point I even thought there would be a romantic arc between him and Leaven. Pretty much the opposite of all of that is actually what went down

Alright, so I’m going to do my best to keep this short. I feel like when I write out these reviews, they get wordy and weird. 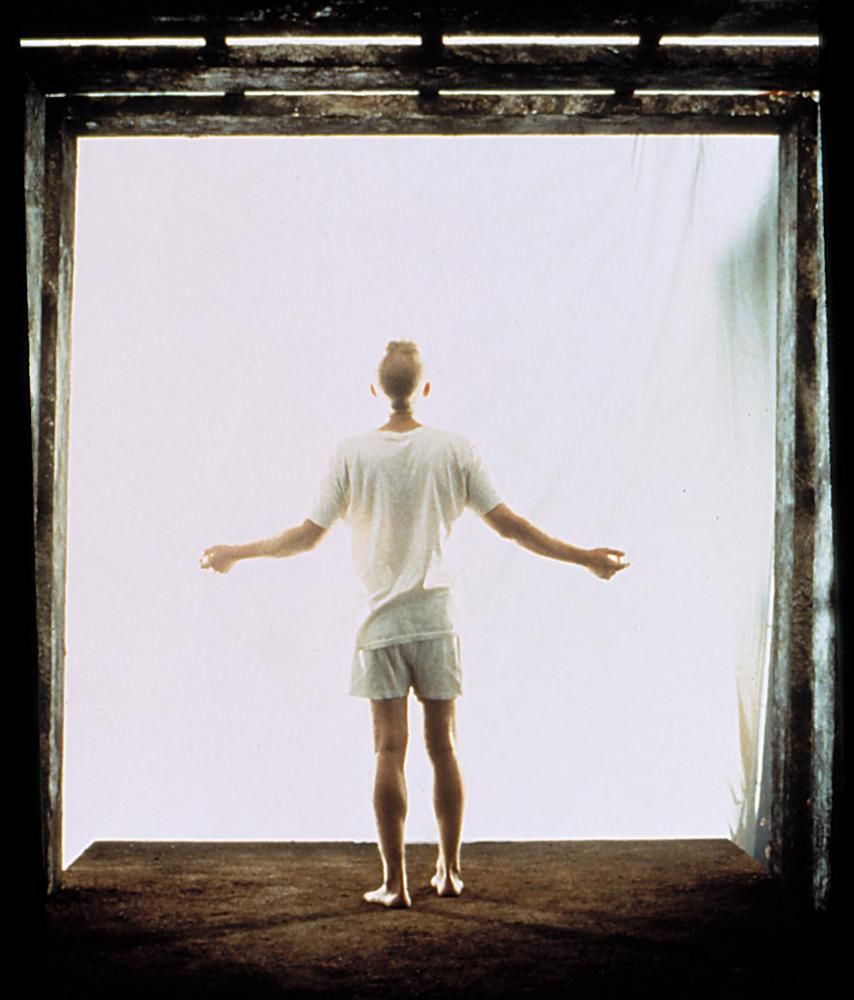 Now, this is a pretty old movie so there’s a good chance you’ve already seen this one. If you have, you know it also has to deal with mental illness. It’s fairly prominent, but because I seem to be beating that topic like a dead horse, I won’t go too far into that plot line. I will say now though that I like how they dealt with mental illness in the long run here. The only character to survive the cube was the one with mental problems and he was the only reason they were able to escape. He proved them all wrong and kicked ass.

So the movie starts with the guy getting cubed, we already covered that. After that we meet more people and find out through their rambling that they each bring a specific skill to the table. Holloway is a doctor, Leaven is a math whizz, Quentin is a cop, Worth helped build the place, and Kazan is a mentally ill genius.

With the help of an escaped convict, the troupe soon learns that there are traps in

some of the cubes. He gets his face melted off and becomes a marker for the cube in which they start.

Quentin soon starts invading personal space and takes the lead. Here I thought might have indicated that he was behind something. For example, when he’ introduced, we see a bloody hand but no injury. This suggests he can’t be trusted. I assumed aliens right off the bat, so when he strikes down that idea, I was suspicious again. Turns out he’s completely evil and does nothing to bolster the idea that cops are good guys. The group even turns on him at one point and the drama rises.

Through some slow moving drama, people die and are trapped in rooms. The suspense is maintained once we learn that some rooms have different means of torturing it’s victims. Some are pressure sensors, others are biological sensors. It’s all very fascinating. My favorite scene happens when they discover a room that’s activated by sound. The entire scene is silent and really made me anxious.

The acting in this movie is so bad. That’s really the worst part of the whole thing. I would say that Worth is probably the best out of them all, yet he very little screen time and, while he turns out to be a hero, is rarely realized for it and is easily overshadowed by the idiotic things Quentin has to say.

In the end, Leaven and Kazan realize that Leaven’s theory about which cubes were safe was completely wrong. This then makes one wonder: how did they get so lucky before they knew the secret? The answer is bad writing and lazy planning.

Once things get rolling, the group (comprised of Worth, Leaven, and Kazan) figures out the big mathematical picture and finds the exit. Rather than simply escape like they’d been so anxious to do the ENTIRE movie, Leaven and Worth hang back to have a heart to heart. Before Leaven leaves Worth, she’s stabbed through the chest by Quentin. Thing is, there’s a very mathematical movement to these cubes, so it’s virtually impossible for someone as stupid as Quentin to have found them the way he did without their help.

The acting is bad and there are a lot of things from the beginning of the movie that have nothing to do with anything. However, the lighting is great, the set is awesome and the use of costumes as actual props is really clever. It had a discernable story line and flowed naturally. I gave this movie a passable and actually kind of enjoyed it.

Disagree with my review? Defend yourself in the comments!

Love these reviews? Consider supporting me on Patreon

Did this neglect to satiate that horror bug chewing away at your brain? Try one of my horror stories.

Don’t feel like reading? Listen to me review this and other titles on my podcast every Thursday.

Want to use my stories?

If you have a podcast, YouTube channel, or something else you need to sprinkle a dash of spooky in, my stories are all available for use!

Check out my recent podcast episodes!

My first collection of short horror stories “Night Vision: 2018 Anniversary Edition” is now available as an audio book! Click this text to  grab yourself a copy now from Bandcamp.

While you’re here, check out the trailer for it on YouTube:

Support me on Patreon!

Support me for a little each month and get cool perks like: