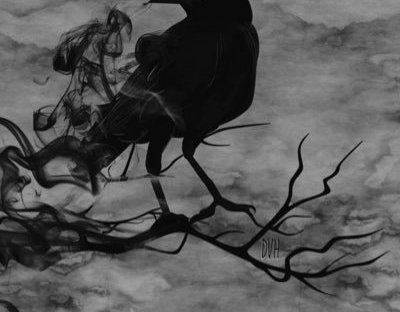 How long have you been writing?

I’ve been writing on and off my entire life, but more seriously over the last few years. I started at a young age, writing both music and song lyrics and that lasted well into my teenage years. Following that, I wrote a ton of fantasy role-playing adventures and gaming systems for my group of friends. I then went through a pretty serious poetry phase, but that didn’t last too long. As silly as it may sound, I often felt limited by writing poetry, like I wasn’t allowed to be wordy or too descriptive. I don’t know… I can’t explain it better than that.

There was an extended hiatus from fiction-writing when my first child was born and being the drummer in a heavy metal jam-band was consuming all my free time. Then, around ’06, I fell back into writing with all my focus on writing screenplays; mostly horror with a couple comedies and one sci-fi adventure mixed in. I did that for a few years before ultimately settling on flash-fiction and short stories. That’s where I am now and I love it.

What inspired you to become a writer?

I remember being amazed at how all the movies, TV shows, and books that scared me had not existed before the author put them on paper. All those crazy characters and stories, scenes and dialogues, explosions and cosmic-travels were not just appliances, churned out by a nameless factory, like our car or toaster. The universes in which they existed were created by one person with enough patience to write it all down and I thought, “hey, I want to do that.” There wasn’t inspiration to write as much as there was a necessity to do so. My imagination was, and still is, brimming with scenarios and dimensions and sometimes they drive me crazy if I don’t let them out. Often, if I’m having a bad day, or string of days, my wife will tell me, “You need to go write something.” So I do and it helps. My stories are not all great, or even all good, but it’s a relief to purge them, you know?

Are you published anywhere?

I’ve really only ever had a couple short stories published and they are in a compilation book.

Which of your written pieces is your favorite?

This is one of my favorites and seems to be one of the most popular.

In what genre do you write?

Horror. I dabble in all forms of horror, but I tend to focus more on the paranormal, the unexplained, and the unknown. I’ve always heard that you should write about what scares you and those things scare me. I’ve had too many firsthand experiences with all the above to not have it influence my writing. Even though I love watching a good gore-fest, I don’t tend to write much in that realm.

Much to the chagrin of my wife, another subject that appears quite regularly in my stories is the concept of tragic romances. Throughout my stories, you ‘ll notice common themes of “spouse kills spouse”, “spouse kills for spouse”, “spouse haunts spouse”, etc. Love is exposure and I can’t think of anything more terrifying than that. At their foundations, there isn’t much of a difference between love, loss, and death and I find an indescribable comfort in those concepts when they play off each other in the realm of horror. One of the best reactions I received was in regard to “I’m A Good Husband”. The commenter said, “Aw! That’s sweet, but also that’s wtf?”

If I can make a reader feel not just scared, not just sadness, and not just empathy, but all three, then my work is done. I don’t write to give temporary frights, I strive to leave a lasting impression of fear and confusion.

What is the most challenging part about being a writer in the genre you’ve chosen?

I would have to say that the most challenging part of being a horror author is that when you write flash-fiction and short stories there is really no topic that hasn’t been covered before, ad nauseam. I understand that is the case for every genre, but for good or bad, modern readers of horror are always expecting a twist. It is becoming less and less about the quality of the piece and more about the *gasp* at the end. It makes me sad when a well-written story is completely disregarded because there was no twist or, heaven forbid, the ending was somewhat predictable. A good story should be appreciated for what it is.

What writer(s) do you look up to?

H.P. Lovecraft, Stephen King, and R.A. Salvatore. I would say that the majority of books I’ve read have been written by one of these three masters.

Do you have any funny stories about your writing adventures?

During my poetry phase, I enrolled in a “creative” writing course at Southeast Missouri State University and for the mid-term, each student had to stand in front of the class and read a short piece that had written. Well, my selection was a poem I wrote a couple years before about someone who had been brutally dumped by a person who they thought was their soulmate. The poem ends with that person pushing their ex off a cliff. Needless to say, and despite some hesitant applause from my classmates, the professor didn’t approve of the poem. She failed me for it, and that was the last time I attended that class.

Do you have any encouraging words for those that want to write?

I always hear people say, “I wish I could write a story.” Well, do it then.

I don’t know… its really as simple as just sitting down and writing. It doesn’t matter if its just random ideas, notes, a dream journal, or poetry. Hell, I’ve even got a three-page list of words that I think are cool and I’ve written a couple shorts by letting a few of them create their own imagery in my mind. You’d be surprised at how a one-line idea, a stream-of-consciousness paragraph or, evidently, a list of cool words can turn into an entire story. Lastly, don’t ever – EVER – write to please other people; that’s a dispassionate mindset and it will manifest in your work. Write the kind of story *you* want to read.

Since putting myself “out there” and becoming really involved in the writing and horror community, I have met countless amazing people, but if I had to choose one, it would be a narrator that I listen to regularly – The Crow Flies. He is one of the more active fledgling channels going right now and, in addition to being a writer, he knows how to keep his narrations fresh by choosing stories from a select group of authors and unknown corners of the web. Unlike a lot of the bigger narrators, he doesn’t just surf NoSleep to find the most upvoted stories and regurgitate them all over his channel. If you like horror narrations and want a selection of stories you’ve never heard before, this is the place.

Where can we find you on social media?

Thanks so much to Drac for taking the time to answer these questions. be sure to check out his stories and connect with him on Twitter, he’s a great guy!

Want to use my stories?

If you have a podcast, YouTube channel, or something else you need to sprinkle a dash of spooky in, my stories are all available for use!

Check out my recent podcast episodes!

My first collection of short horror stories “Night Vision: 2018 Anniversary Edition” is now available as an audio book! Click this text to  grab yourself a copy now from Bandcamp.

While you’re here, check out the trailer for it on YouTube:

Support me on Patreon!

Support me for a little each month and get cool perks like: